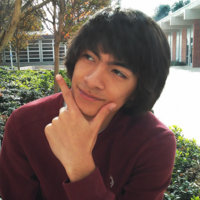 Adrian is a senior at Arcadia High School coming back for his second year of APN. As the main producer for Apache News' comedy show, Lights Out, he specializes in creative script writing, on-camera acting, and audio. He plans on studying television operations and/or audio engineering at USC and getting into the film business by making independent films.