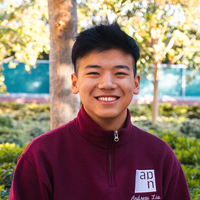 Andrew Liu is a junior in his first year in Advanced Video Production. Andrew has been an enthusiast of film and cinematography for over 3 years and has a YouTube channel with over 60 videos ranging from comedy sketches to short films to even parody songs! In the future, he hopes to be a major factor in the film industry and create some of his own feature films. Andrew hopes that he can master his craft and story creating with APN and produce something beautiful!