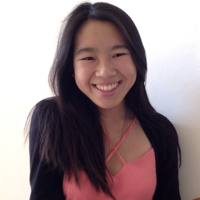 Johanna Lim is a senior at Arcadia High School and a returning member to Apache News. In her second and final year in Apache News, Johanna has mostly worked on organizing the Sports section, making it informative and fun, and helping develop the Sports segment as it has transitioned into a live segment. When she is not working on Sports, Johanna enjoys working on informative reports about current events, interactive stories about her community, or show intros. She is also experienced with working on live sports streams and is credited as Sound Crew Captain, leading a team of students who manage the sound quality at school events. Johanna has interviewed influential people such as Grammy-Award Winner Steve Tyrell, Mayor of Arcadia Sho Tay, and many more. Her hobbies outside of Apache News include baking or cooking, playing board games with family and friends, and making her own videos during her free time.