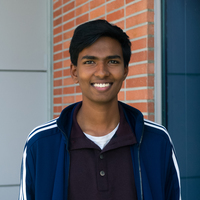 Tharun is a Junior attending Arcadia High School and is a first-year member of Apache News. He has found he has a knack for producing movie reviews and pop culture related stories for the live news show. He is also simultaneously taking the intermediate video production course and refining his short film making skills. He enjoys discussing his love for cinema with others. Tharun has a passionate obsession with film and plans on becoming a Hollywood actor. One of Tharun’s biggest inspirations is the singer Freddie Mercury. Being a significant fan of Queen, he aspires to achieve his same success. Tharun wants to achieve the same through acting and filmmaking.